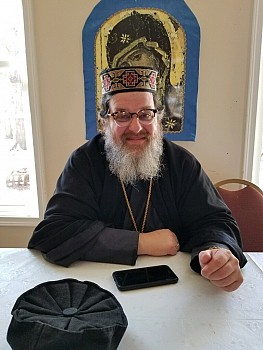 It is my true joy to greet you in the Name of The Lord! It is such a blessing to have come full circle and to have wound up here as the rector at St. Andrew's parish. You see, many years ago, about 22 I think, I was strolling along the sidewalk in Richmond and came upon a small Orthodox bookstore on Sheppard Street. (It's now an upscale hair salon!) It had icons in the windows and interesting things appeared to be going on inside. Being a good Catholic boy, and also being employed by a local Catholic bookstore a few blocks away, I decided I would go in and check it out...maybe see what the competition was up to.....

Well...that, as they say, was the beginning of the rest of my life!

The bookstore was an outreach of the community of Saint Andrew's parish. They welcomed me and my wife so warmly and earnestly. (No kids then! Imagine that!) We were overwhelmed by the joy they took in us being there and the true love they had for each other. This was truly a community with Jesus Christ at the center! We came back often to visit. A few kids later we were received into the Orthodox Church ourselves. A few kids after that we found ourselves far away in Pennsylvania in seminary at St. Tikhon's to prepare for the priesthood. We stayed in PA for 8 years! (I pastored my first parish there for several years and became a fire dept Chaplain and active fire fighter!). We had many great experiences and had the opportunity to visit many wonderful Orthodox parishes during that time. We found ourselves saying time and time again, "That was a nice parish, but it was no St. Andrew's". Not once did I imagine that now, 11 children, chuldren in law, and a few grandchildren later, I would be back in Ashland at St. Andrew's.

We have come home!

I left as a son of this community and have returned as the father  and it is my particular joy to stand before the Holy Altar, an old friend and a new priest, having been asked to come and minister to them during this next exciting chapter in a very very beautiful story.

I like to remind them that I'm Orthodox and now their priest.......and it's all their fault!

God is so very good and has blessed me and my family with so many rich gifts in our lifetime, not the least of which is this parish community of Saint Andrew's that we have regarded as family for the last 22 years. Glory to God for ALL things! 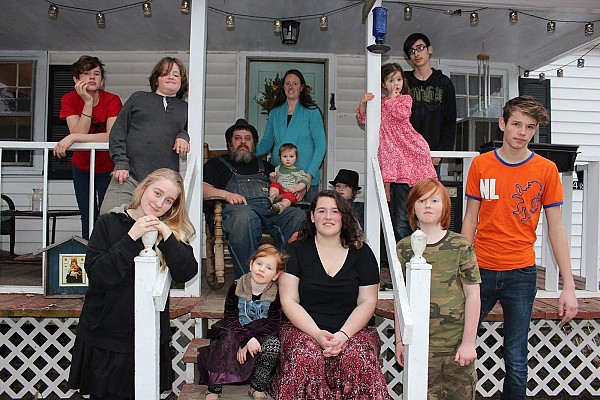